With the current laws on the books, we truly live in a golden era of gift giving and estate planning. But you need not take my word for it. According to official numbers recently released by the IRS, U.S. taxpayers transferred $122 billion in non-taxable gifts in 2012. 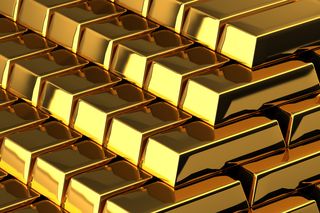 To put that number in perspective, it is quadruple the tax-free gift giving of 2011 and 2012 combined.

This wealth transfer tsunami was the subject of a recent Bloomberg article titled “Tax-Free Gifts Quadrupled in U.S. After IRS Limit Lifted.”

When Congress opens a tax planning window it also can close that window. That was the concern for taxpayers and their planners in 2010, when the laws went into effect raising the lifetime gift exclusion amount to a lofty $5 million per taxpayer.

Generally speaking, the IRS taxes gifts of assets between people unless they happen to be spouses, but only if the gifts exceed the annual gift exclusion. That is the amount anyone can give to any number of people each year.

The lifetime gift exclusion increased from $1 million to $5 million in 2010. This was intended to be a temporary law and was set to expire at the end of 2012. Except, of course, the law was renewed. Take a look at the Bloomberg article for more on the hard numbers and bit more of the backstory.

With the 2012 IRS statistics now in, it is clear that taxpayers decided it was time to move and escape a potentially falling tax ceiling. Fortunately, we have another reprieve and a bit more time, with the numbers still working in our favor in Overland Park and elsewhere.

Have you been taking advantage of the current laws and putting your plan into action?

Remember: what the IRS gives, the IRS can take away.