The music of Glen Campbell will always be gentle on my mind. After all, his music formed an important part of the 1960s and 70s soundtrack. But, alas, even legends can grow old and feeble as the birthdays pass. 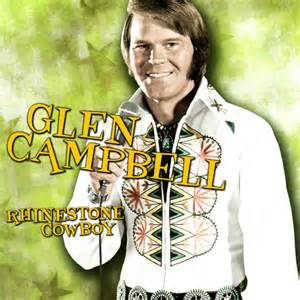 Sadly, so it is with Mr. Campbell. Time, it seems, has not been as gentle to his mind.

Kim Woolen Campbell, Glenn Campbell's wife, recently told The Associated Press via email that the country and pop music legend was suffering from his Alzheimer's disease to such an extent that he needed access to medical care 24 hours a day.

The 78-year-old singer's doctors encouraged her earlier this year to discontinue care at the family's home and move him to a care facility. He has been suffering from the degenerative neurological condition for about three years.

As reported by The Associated Press in an article titled "Glen Campbell's wife defends decision on long-term facility care," this move was publicly criticized by Mr. Campbell’s eldest daughter, Debby.

In her email, Kim Campbell wrote that it was "crushingly sad" to see her husband's health deteriorate "but indulging those feelings does not help him."

His daughter Debby Campbell told Country Weekly in June that she was opposed to the decision, and she did not feel Campbell's family was spending enough time with him in Nashville.

No doubt with a star of this magnitude, the details will come out about how he planned for his long-term care. You should take some time to talk to your own estate planning and elder law attorney to cover just such circumstances.