I have posted a several blogs about the strange case of Casey Kasem. His last days and death are not befitting of the DJ icon Baby Boomers fondly remember for his countdown of the top 40 hits each week, all the way to #1, and his special song dedication segments.

It seems Casey may have been the victim of elder abuse ... by his own wife?

Recently, his daughter Kerri Kasem and other family members held a press conference at a Los Angeles courthouse publically pressuring the Los Angeles Police Department to arrest their stepmotherJean Kasem.

Background: Jean Kasem took Casey from a Santa Monica hospital on May 7 to the Seattle area, removing his surgically implanted feeding tube. After he died on June 15, Jean took Casey's body to Montreal and Oslo where his body remained until he was eventually buried just before Christmas ... in an unmarked grave in Norway. 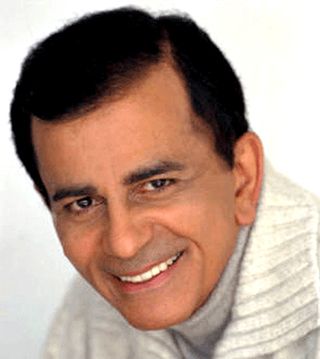 According to Clarke, [Jean Kasem] took Casey on a five-day odyssey:

“They ran out of food, bought a six-pack of Ensure at a drugstore, poured it into the feeding machine, and jammed it -- and they're saying this woman didn't kill him? The nurse in the car took pictures of his colostomy bag full of blood. The cops have all the evidence. Belle Chen at the DA office told me she'd love to have a crack at this case. LAPD should be ashamed.”

In response, Jean Kasem has claimed Casey's death was Kerri Kasem’s fault because Kerri removed him from life support. Why? Casey's 2007 health directive said to do so if life support "would result in a mere biological existence, devoid of cognitive function, with no reasonable hope for normal functioning."

"They all have blood on their hands," said Jean Kasem.

Kerri Kasem says that is not true and has started a foundation called "Kasem Cares". In addition, Kerri also supports Assemblyman Mike Gatto's legislation (AB 2034) that would allow a judge to rule on visitation [when a spouse forbids family members to see a loved one], instead of forcing family members to go through the very costly conservatorship process. Not only is this process costly, but it takes time and your loved one could be dead before it is completed.

So, how expensive is this fight among Kasems?

Between Kerri Kasem and Jean Kasem, they have reportedly hired 13 sets of lawyers and spent more than $650,000 in legal fees. Oh, this is another source of contention. Both are now fighting over who should pay court costs!

In my 30 years of estate planning experience, I can confirm that "blended families" require very careful estate planning. This includes the often overlooked advance health directives regarding end-of-life decisions and the agents you appoint to interpret and carry them out. Accordingly, give this as much (if not more) attention in your estate plan as who inherits your stuff.