« It is Better to Avoid a Guardianship. Period. | Main | Of Gentlemen Farmers and Tax Breaks »

Gretchen and I spent a day at Arlington Cemetery this week. What a somber, hallowed space. And a large space it is. Since the 1860s, Arlington has served as the final resting place for some 400,000 people, to include those from 11 other countries.

There are around 5,000 funerals at Arlington annually. Visit the CNN.com website for some interesting fast facts about Arlington.

But not all soldiers, sailors, airmen and marines are laid to rest at Arlington. In fact, the Department of Veterans Affairs National Cemeteries maintains 131 national cemeteries in 40 states (including Puerto Rico). In addition, there are many other federal and state cemeteries available, to include those overseas. 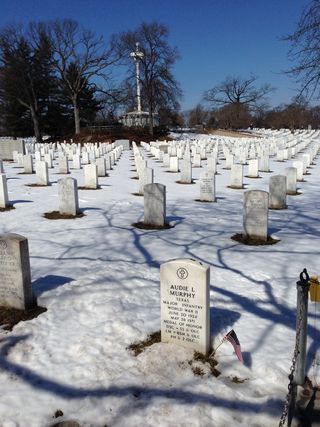 An active duty Army service member recently had a very difficult time securing the burial of her Marine veteran father with the full military honors he wanted.

Unfortunately, when her father died in St. Louis, the daughter was away on active duty in Maryland.

A cousin quickly stepped in and arranged for burial in a local veterans cemetery, not at Arlington which is closer to where the daughter intends to retire.

This story was reported in a recent article in The Army Times titled “Soldier fights for right to bury her father.”

Even though the daughter has the right to make final arrangements under state law as the primary next of kin and only child, a local funeral home allowed her cousin to make arrangements for the service and burial.

Until state authorities stepped in to help the daughter get control of her father's remains, the funeral home refused to speak with her. Later, the daughter discovered that a funeral had been held already for her father without her knowledge or input!

After learning that a burial would soon follow as arranged by the cousin, the federal government immediately contacted the Veterans Affairs National Cemetery Administration, and put a stop to the burial. It declared that the daughter certainly had the legal right to decide how her father would be buried.

The daughter arranged for military leave to travel to St. Louis and resolve the matter.

Investigators with the Missouri State Board of Embalmers and Funeral Directors called her and asked her to speak with them at the funeral home. Thereafter, the daughter was able to arrange for the transfer of her father's remains to another funeral home in preparation for interment at Arlington National Cemetery.

After all this, the daughter admitted that she was "exhausted," but also relieved that finally she received proper recognition as her father's next-of-kin and could help him with his wishes for burial as a veteran.

While this scenario may be unusual, disagreements concerning a loved one’s death, funerals, and burials arrangements are not. State laws in this area differ significantly.

With service members often living far away from their parents, the military may need to provide more legal assistance so families can deal with these kinds of issues, according to the original article.

Communication with your loved ones is essential and, better yet, put your wishes in writing.

So, are you or a loved one a veteran?

If yes, do you know where your, his or her DD 214 form is? That military discharge document is your admission ticket to a funeral with military honors and other benefits.

Practical pointer: I recorded my own DD 214 with our local county register of deeds when I left active duty. That way, if my original and copies are destroyed, a certified copy can be made.

For an online treasure trove of information about military burial rights, visit the U.S. Department of Veterans Affairs website.

Reference: The Army Times (February 28, 2015) “Soldier fights for right to bury her father”