That title of today's blog post reads like the pre-release description of a new summer action movie. But we have seen this "movie" played out in the Washington, D.C. before. Every time an attempt is made on its very life ... the villanous death tax just keeps coming back.

It is the tax equivalent of Freddie Krueger.

On the other hand, depending on your political persuasion, the death tax may be rebranded and cast as the "estate tax" hero.

For those folks it is the IRS version of Robin Hood.

Did I fail to mention that the overarching discussion over taxation is philosophical, political ... and divisive?

In case you missed it, earlier this month the House of Representatives voted to repeal the death tax. The act was largely symbolic, as it came during tax filing week. 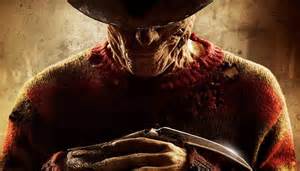 The White House has vowed to veto.

And it appears a run at killing the death tax does not have the magical 60 votes needed to counter a filibuster and get it through the Senate anyway.

A silver bullet it may be not, as Yoda would say (were he to weigh in on this drama).

Under current law, individuals with estates of under $5.43 million in 2015 year (and couples with $10.86 million estates) are exempt from paying the estate tax of 40% on the amount of assets above that threshold.

The last time the House voted to end the death tax was 10 years ago.

According to a Republican interviewed in a recent article in The Hill titled “House votes to repeal estate tax,” the vast majority of Republicans now in the House have never had the opportunity to stand up for small businesses who are threatened by the death tax every day.

The article in The Hill notes that repealing the death tax would increase the deficit by $269 billion over the next 10 years, and the Joint Committee on Taxation projects that the death tax will impact 5,400 estates in 2015.

This is approximately 0.2% of the 2.6 million deaths expected in the U.S. this year.

Nevertheless, the original article reports that Republicans think they have a strong argument for repealing what they believe is “an immoral tax that resonates with voters across the economic spectrum.”

The GOP claims that American taxpayers are taxed every step along the way as they work, save and accumulate assets. Consequently, at death their estates should be left to their loved ones without yet another tax.

In addition, the estate tax is more likely to hit family farms and small businesses than the ultra-wealthy who can afford complex estate planning.

But, as one might guess, the Democrats see this differently and view the vote as another way to portray the Republicans as the party of tax cuts for the rich.

Whether you have a little or a lot a lot, true estate planning never has been limited to defeating the "Freddie Krueger" death tax.

The death tax/estate tax comes and goes, rises and falls with political winds you and I cannot control out here in the heartland of America.

Bottom line: Contact an experienced estate planning attorney who can help you minimize (or eliminate) death taxes/estate taxes, as you seek to protect everyone you love and everything you have.

Can you say personal responsibility?