« "One and Done" only applies to NCAA Basketball Stars, not to Your Estate Planning | Main | Q: Do I Need a Trust? »

Here is an end-of-the -week update on the continuing melodrama surrounding the estate of the late great baseball legend Ernie Banks.

A sad tale it is.

If you have been following the story, have you heard the latest?

It seems his widow is set to meet with the longtime caretaker (and sole estate beneficiary) in an attempt to work things out?

This will be their first meeting (know as a "settlement conference" in legal speak) and it will be closed-door.

If no settlement is reached, then things could get nasty ... and expensive. 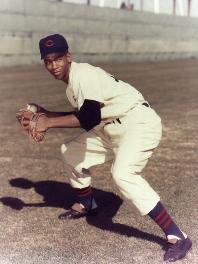 Unfortunately, it is not that uncommon for feuds over estates to drain the estates dry.

When that happens, trial attorneys become the unintended "beneficiaries".

The Chicago Tribune, naturally, has been carrying this story.

These latest developments were reported in its recent installment titled “Ernie Banks case: Two sides to try to settle dispute about Cub great's will.”

For those of you who are new to the story, here is what you need to know:

Elizabeth Banks was estranged from husband Ernie when he died. She has alleged in a court filing that her husband had been diagnosed with dementia days before the caretaker Regina Rice had him sign a will in October 2014.

The new will cut out his family and left everything to Rice.

For her part, Rice said Banks entrusted her to execute the will and he wanted to make sure his fourth wife did not inherit any of his estate.

Interestingly, court records seem to corroborate this claim to some degree.

Banks sent his estranged wife a "cease and desist" letter in 2013, requiring her to stop claiming any right to his personal or business dealings.

So, why would Rice agree to a settlement conference with this type of evidence that would appear to support the disinheritance of the estranged wife in favor of Rice.

The attorney for Rice told the judge that Rice wanted to proceed with a settlement conference due to the limited assets in the estate. That attorney said it was in everyone's best interest to resolve the estate in "a peaceful manner.”

So, what remains of the limited estate assets of the legend?

Rice filed an inventory of personal property earlier this year, consisting primarily of things from his rented condo and storage containers in Chicago and California.

The list included Banks' original Negro League contract from 1950, a Rolex watch, his Hall of Fame ring, and the Presidential Medal of Freedom.

In addition, there are also other assets in a private trust set up in Rice's name under the terms of the will.

The original article noted that Banks' twin sons, Joey and Jerry, were not present for the legal proceedings.

However, that does not mean that they have gone away.

The two publicly accused Rice of taking advantage of their father's frail condition, vowing to fight her in court when the will became public.

The probate judge said the deadline for the sons to file the paperwork to be participants in the case was approaching.

However, if the case settles before that time, the sons would not be able to contest any award they may be given.

All that noted, Elizabeth Banks did receive a $20,000 spousal award from the judge. This figure represents the minimum amount allowed under the state's probate law.

Nevertheless, the attorneys for Rice objected to this saying the estranged wife failed to prove financial reliance on Banks at the time of his death.

The judge did not budge, ruling that the law was clear on the matter.

And the beat goes on.

As you can see, estate quarrels are not pleasant.

Fortunately, there are proven ways to avoid them.

Contact an experienced estate planning attorney who can help you ensure a feud-free estate plan.

This is only a preview. Your comment has not yet been posted.

The letters and numbers you entered did not match the image. Please try again.

As a final step before posting your comment, enter the letters and numbers you see in the image below. This prevents automated programs from posting comments.

Having trouble reading this image? View an alternate.

Comments are moderated, and will not appear until the author has approved them.

(Name is required. Email address will not be displayed with the comment.)