« How do I Avoid Money and Estate Planning Issues with My Live-In Girlfriend? [UPDATED] | Main | What Year-End Tax and Family Matters should I Consider Now that it is November? »

Answer: Not at the moment, but that might change in the near future.

At present, mentally capable adults with disabilities cannot establish "special needs trusts" (SNTs) on their own with their own funds. Doing so would jeopardize their access to assets-based programs such as Medicaid and SSI (Supplemental Security Income).

The bill would enable mentally capable adults with disabilities to establish “special needs trusts” (SNT) on their own behalf.

In fact, the same measure was approved unanimously by the U.S. Senate in early September.

Courtney told the Subcommittee members that the legislation originally creating special needs trusts (SNTs), the Omnibus Budget Reconciliation Act of 1993, “included a drafting oversight that seems to assume that a person with disabilities lacks the requisite mental capacity to enter into a contract…. We believe it was … not the intent of Congress to deny a basic right to individuals with disabilities.”

This story was picked up in The (Jackson, MS) Clarion-Ledger in an article titled “Courtney testifies before Congress on behalf of persons with disabilities.”

The article notes that, at present, special needs trusts funded with assets of an individual with disabilities must be created for that individual by his or her parent, grandparent, legal guardian or a court. 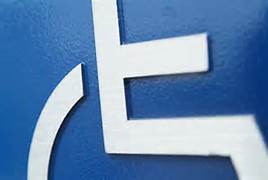 Consequently, because of this requirement, adults with no living parents or grandparents and no guardian are forced to petition the court to create a special needs trust.

Courtney based his remarks on both his professional experience as a special needs and elder law attorney, as well as his experience as the father of a daughter with cerebral palsy and learning disabilities.

Speaking of daughter Melanie, he noted that she needs and is receiving attendant care under a Medicaid waiver program. Because the cost of her care and services is expensive, she must rely on programs such as Medicaid, as do many persons with disabilities.

Right now the law says that Melanie cannot create her own trust were she were to receive an inheritance or settlement. Doing so could forfeit her Medicaid waiver benefits that pay her attendant each day for a few hours.

On the other hand, an SNT created under the pending legislation (if passed) and established by Melanie with her own funds would allow her to pay for additional health care not covered by Medicaid, in addition to basics like clothing, transportation, and furniture.

If this legislation affects you or someone you love, keep a close eye on Congress.

While you are at it, contact an experienced elder law and special needs attorney if you have questions about SNTs.

Reference: The (Jackson, MS) Clarion-Ledger (October 18, 2015) “Courtney testifies before Congress on behalf of persons with disabilities”