What is Going on with the Sumner Redstone Trial?

It just keeps getting crazier.

Have you heard that media mogul Sumner Redstone is going to trial on May 6 over ex-girlfriend Manuela Herzer's claim that he is mentally incompetent?

According to a recent Bloomberg article titled "Redstone Faces Competency Trial amid Fight over Media Empire," this may intensify the competition for control of his $3 billion holdings in Viacom Inc. and CBS Corp.

Los Angeles probate judge David Cowan asked whether it was wise for the 92-year-old to name Viacom CEO Phillipe Dauman as his agent in charge of his health care decisions rather than a family member.

Judge Cowan, who will decide the case without a jury, said he is not necessarily confident things "are all patched up" between Sumner and his daughter Shari Redstone.

For her part, Herzer contends that Redstone is incapacitated and manipulated by those around him. 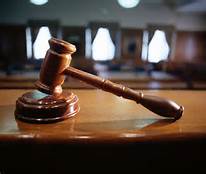 But it gets more complicated.

At least one shareholder has sued the boards of Viacom and CBS, accusing them of wasting millions of dollars paying Redstone when he was unfit to take an active role in the businesses.

As you may recall, Redstone only stepped down as chairman of both companies last month, days after he was examined by a psychiatrist designated by Herzer as part of her court case.

So what hangs in the balance?

Control of Redstone's 80% voting stakes in Viacom and CBS will pass to a family trust if he becomes incapacitated or dies.

Shari Redstone and Dauman are two of the seven members of that trust.

Redstone's Viacom and CBS holdings are exempt from the lawsuit, as the family trust that will take control was established long ago.

Herzer, who describes herself as Redstone's longtime companion and caretaker, alleges he was not capable of making his own decisions when he removed her from his advance health care directive and evicted her from his mansion last fall.

In response, Redstone's lawyers claim Herzer's ulterior motive is to contest her removal from his will.

She apparently stood to inherit $50 million ... plus Redstone's $20 million home before she was cut out of his estate plan.

While I do not fancy rubbernecking at train wrecks, when the train wrecks are estate feuds there can be lessons learned.