What is the Prince Estate Worth?

That is a big question, with a potentially huge number in play.

It depends on whom you ask.

Regardless the number, the death of the musician Prince has started the estate tax clock ticking.

Time will tell just how much the IRS and the State of Minnesota will claim.

Today, however, that number is anyone's guess.

For insiders actually involved with administering the estate, calculating the value will be a real challenge. 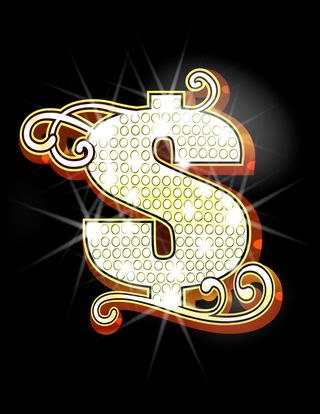 That much is certain.

Many in the know expect a lengthy fight with the taxing authorities.

All that noted, what is that value?

Well, according to The Investment News, in its article titled "Prince's death sets off estate planning quagmire," the most pressing issue right now is placing a value on the "intangible assets" in the estate.

Primarily, these are the "future" royalties any artist may earn from his or her body of work.

Apparently, Prince's fortune was somewhere around $300 million, but the ultimate divide between how the IRS and his estate view the present value of future royalties could be extremely significant.

The death of a popular artist can mean increased valuation and this is generally accepted by experts in the field.

Kind of like the old saw about land values: God isn't making any more of it.

And Prince will not be producing any more new music, so his body of work is what it is and what it will be.

For its part, the IRS will claim that his death will blow the royalties off the charts. Naturally, the estate's attorneys will oppose such a move.

For a recent foretaste of the battle ahead, we need only look at the estate of the late Michael Jackson.

That estate is currently embroiled in a court battle with the IRS. It valued Jackson's name and image upon his death at more than $434 million.

The estimate submitted by the Jackson estate, however, was a skosh lower at $2,015.

No, you read that right.

Moreover, it seems the IRS learned its lesson years ago after the passing of Elvis Presley.

The IRS did not foresee the ever increasing popularity of his body of work after his death in 1977.

Would you believe that in 2015 alone Elvis generated $55 million ... second only to Michael Jackson at $115 million? These are the numbers compiled by the Forbes list of top-earning dead celebrities.

There seems to be "a list" for everything, yes?

These days the IRS is taking this potential revenue stream much more seriously.

In the words of The Who, they won't be fooled again!

But wait, there is more when it comes to Prince.

According to a New York Times article, a "trove of Prince's recordings remains unreleased."

So, how to value those yet unknown works?

Since Prince was not married at death, there will be no spouse to take advantage of the unlimited marital deduction to pass the estate to her tax-free (at least until her death).

What is the potential tax damage?

The federal government assesses a 40% estate tax on estate values over $5.45 million.

Minnesota, Prince's state of residence, is one of 20 or so states that also has a state estate tax.

Taken together, the total federal and state estate tax hit on Prince's estate will be 56%.

If the IRS says the tax amount paid by the estate was undervalued after getting the tax return, it will propose a valuation increase.

Both sides would then enter into negotiations over the "number" and, if they cannot agree, then they go to court.