« Who Will Own the Utah Jazz when Miller Dies? | Main | How do I Begin Estate Planning? »

Serving as President of the United States of America is a significant responsibility.

It also puts you under international scrutiny.

How has President Trump handled this?

Has he transferred all of his properties? 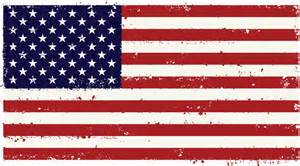 Which ones has he placed in trust?

The 71 properties he has moved to trust include Trump Park Avenue, Trump International Hotel and Tower, Trump Tower and Trump World Tower.

The trust already included several properties outside of New York.

Which ones have not been officially transferred?

The trust is registered in New York and will be run by his sons, Eric Trump and Donald Trump Jr., and Trump Organization executive Allen Weisselberg.

Will this action remove conflict of interest concerns?

Trump has announced the use of an internal officer to monitor compliance as well as an independent ethics advisor for the trust.

Not according to the Director of the Federal Office of Government Ethics and others.

The businesses are still controlled by his family and close associates.

With a revocable trust, the owner can still control and benefit from the trust while he or she is alive while allowing for the immediate transfer to beneficiaries when the owner dies.

Ironically, in the traditional course of events in Washington, politicians arrive there as paupers and leave as princes ... if they ever make it past "K" Street that is.

Regardless your political persuasion, is it not refreshing to have a chief executive who has already "made it" financially - on his own dime?

No one owns Donald Trump.

Although trusts are wonderful estate planning tools, time will tell whether the estate plans of President Trust provide enough separation to avoid conflict of interests.