« Who is the Employee Who Left Money to Michigan State University? | Main | How do I Maximize My Retirement Contributions? »

Who are the Celebrities Who had Terrible Estate Planning Messes in 2016?

In 2016, many beloved celebrities passed away.

Unfortunately, many were far less disciplined in their estate planning.

Were some worse than others? 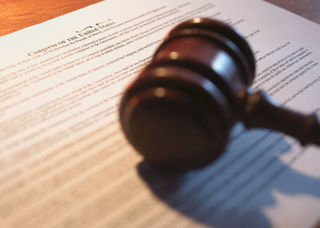 His death in April was unexpected.

His estate plan was nonexistent.

A number of individuals came forward claiming to be children because children are guaranteed a portion of the estate under Minnesota intestate laws.

Already 30 individuals have been excluded.

Instead, the younger sister and half siblings of Prince will be the heirs, pending genetic testing.

How much was at stake?

What can we learn?

Get your estate planning documents in order now.

When he died, he was in the midst of divorce litigation.

Even though separated in 2001, Sinatra and ex-wife Cynthia continued to live together and even purchased a home together.

He paid $5,000 monthly in alimony for eight years—longer than was required.

As such, she claims they were in a common-law marriage.

Cynthia was awarded a divorce when she filed in 2013.

As a result, Cynthia received a half million in equalization payments, part of his property and more $5,000 alimony payments.

Sinatra died in the middle of his appeal.

The court ruled they were not married because they filed tax returns as single individuals.

To avoid this issue, Sinatra should have worked with an estate planning attorney to address the issues of common-law marriage claims.

A tragic and unexpected loss.

The 24-year-old pitcher for the Marlins died in a boating accident.

Unmarried, he left his mother as the sole beneficiary to his trust.

His girlfriend was pregnant with their child.

Because she was not married to Fernandez or named in the trust, she will receive none of his wealth.

His daughter Penelope may have a claim to part of his estate.

You, like Jose, should update your estate plan for major life changes—like the expected birth of a child.

His estate litigation has been intense.

He divided his estate into three chunks.

One trust for his second wife.

One trust for his second wife and daughter to share.

One trust for the four children from his first marriage.

What is the issue?

The codicil had a clause changing the original plan for paying the estate tax.

What was the original plan?

The trust for his wife and minor child, as well as the trust for the children from his first marriage, would each be responsible for half of the estate tax.

Only the children from his first marriage would be responsible for the entire estate tax—totaling $11.8 million.

Quite a bit of money, yes?

While your estate planning failures may not be broadcast to the whole world, you should avoid becoming a tragic tale yourself.

Work with an experienced estate planning attorney to evaluate your circumstances and your goals to create a successful estate plan.