« What are Some Current Guardianship Concerns? | Main | Should Entrepreneurs be Mindful of "Death Taxes"? »

Can an Insurance Agent Designate Herself as Beneficiary?

Financial professionals should not use their influence to unethically increase their own wealth.

People do not inherently distrust professionals.

You seek the counsel of insurance agents because they have experience and knowledge you do not have.

Although most professionals are ethical, others use their influence to benefit themselves rather than their clients.

According to a recent The Milwaukee Journal Sentinel article titled “Insurance agent should give up $1 million received from client's policies, judge recommends,” one Wisconsin insurance agent is a prime example. 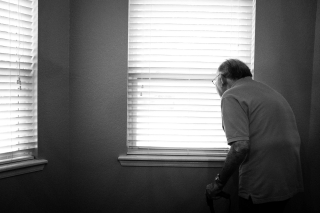 LeRoy Ern was a reclusive man who died at the age of 92 from advanced dementia.

When he died, he left his assets to his insurance agent.

This was the thought of 11 of his 12 nieces and nephews.

As a result, they contested his 2009 will and his beneficiary designations.

What did the court find?

The court decided Blanche Berenzwieg took advantage of Ern to get his money.

She was the beneficiary of his annuities, even though she had no personal interest in his life.

She was also named the sole beneficiary under his will.

The will was drafted by an attorney who shared her office.

The judge ordered that the $1.6 million she inherited be frozen in the estate until the courts can determine a rightful heir.

The judge further ordered the state Insurance Commissioner to decide on an appropriate professional punishment.

His recommendation is to have Berenzwieg return the annuity proceeds, fine her $3,000, and revoke her insurance license.

Despite the conflict of interest, Berenzwieg claims she did not manipulate Erns into leaving her money and appointing her as the attorney in fact under his power of attorney.

As a professional, she should have known this was suspicious and helped Erns decide on other beneficiaries.

Posted by Kyle Krull on 04/04/2018 at 10:00 AM in Beneficiary Designations, Estate Planning, Financial Planning, Insurance, Power of Attorney, Will Contest | Permalink