« He is Risen. He is Risen, Indeed! | Main | What are Some Current Guardianship Concerns? »

What does a Case of Estate Planning "Undue Influence" Look Like?

Exerting undue influence over another to get access to his or her wealth is illegal and unethical.

It can be good or bad.

Good influence is not selfish, but rather seeks to benefit others.

When it comes to estate planning and finances, one has to be cautious about advised actions.

The person providing guidance may simply want your money.

When this happens in estate planning, it is called “undue influence.”

According to a recent The Superior Court of New Jersey, Appellate Division case captioned “In re Estate of Mallas,” Frank and Angelina Picciolo exerted undue influence in the finances of their neighbor William C. Mallas. 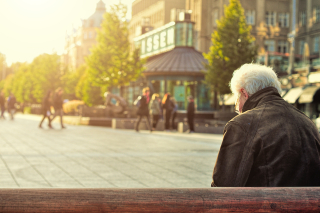 Mallas named Frank as the attorney-in-fact for his finances and used a codicil to appoint him as the executor of his estate.

He also changed his will before his death to include Angela as a beneficiary.

While Mallas was still alive, Frank created two annuities with the Mallas estate as the beneficiary and transferred funds from a Bristol-Meyer Squibb Fund.

Later, Frank transferred these into a single annuity with his wife as the sole beneficiary.

In 2010, Mallas died and Frank submitted his will to probate.

Two of Mallas, nieces challenged the will, Power of Attorney, and codicil.

What did the court decide?

The will, codicil, and Power of Attorney were valid.

But not all the actions taken by Frank and Angelina on were above board.

The transfer of funds to the annuity for Angeline was considered to be a case of undue influence.

Burden of proof usually belongs to those making the accusations.

In this case, however, the burden rested on Frank and Angelina.

The relationship between Frank and Mallas was confidential in nature.

Frank and his wife had to prove they did not exert undue influence and that all actions of their actions taken on behalf of Mallas were fair, clear, and voluntary.

The annuity transaction was considered suspicious and no record was provided to show Mallas authorized or approved of the transfer.

What is the result?

The Picciolos must disgorge all the funds within the annuity in question.

What can you learn from this?

Keep records and make sure you are accountable in all of your actions, if taken on behalf of another with whom you may be regarded as having a relationship of confidence.

On the other hand, if you are suspicious of someone manipulating your loved one, you should take action.

Posted by Kyle Krull on 04/02/2018 at 01:07 PM in Estate Planning, Financial Planning, Power of Attorney, Scams, Will Contest, Wills | Permalink