« What New Regulations are Coming to ABLE and 529 Accounts? | Main | What Team of Advisors Should I Assemble for Special Needs Planning? »

Why is Reg Grundy's Estate Embroiled in Litigation?

Many people want to be rich and famous.

Celebrities seem to have it all.

One thing no one envies?

Many celebrities have contested wills.

According to The Daily Telegraph article titled “Reg Grundy’s daughter says he had Alzheimer’s when he cut her from will,” Reg Grundy is one of these unfortunate souls. 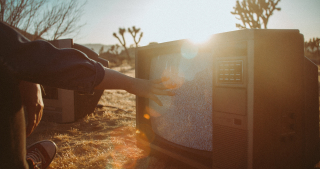 He was a television tycoon.

Australian shows like Wheel of Fortune and Neighbors were his creations.

Now, following his death at age 92, his estate is being contested.

Reg left the majority of his estate to his widow Joy Chambers-Grundy.

Kim wants a part of his $900 million estate even though she was estranged from her father for more than 20 years.

She claims he had Alzheimer’s disease and was not mentally competent at the time he made his will.

A definite answer does not exist at this time.

However, if you (or a loved one) are at risk of developing dementia, you should create a will as soon as possible.

This needs to be accomplished while you still have the capacity to make your own decisions.

Reference: Starts at 60 (August 6, 2018) “Reg Grundy’s daughter says he had Alzheimer’s when he cut her from will”

Posted by Kyle Krull on 09/05/2018 at 10:00 AM in Alzheimer's, Celebrity Estates, Estate Litigation, Estate Planning, Will Contest | Permalink