« What are Some Practice Pointers for Legacy Planning? | Main | What Should I Know About the Social Security Earnings Test? »

How is Ohio Protecting Seniors from Elder Abuse?

Ohio is making efforts to better protect their seniors.

Elder abuse is a real problem.

Criminals do not care whom they hurt.

They target the vulnerable—especially the elderly.

Many states are making the protection of their senior population a priority.

According to a recent The Dayton Daily News article titled “This new law means many more Ohio officials are watching out for elder abuse. Here’s why it was passed,” Ohio is one such state. 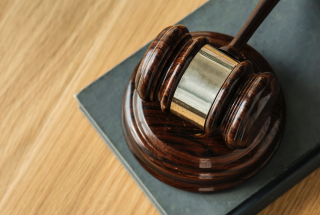 How is Ohio taking action to better protect seniors?

It is expanding "mandatory" reporting.

Elder abuse can be financial, physical, emotional, or sexual.

Although there were more than 16,000 reports of an elder abuse of neglect in 2017, this is figure is believed to barely scratch the surface of the real numbers.

Who are these professionals?

How can you help, regardless where you live?

You should be aware of the signs of abuse.

For example, this would include unusual withdrawals of large sums of money.

Also, be aware of seniors missing appointments, being withdrawn, and avoiding specific people.

Those who are suffering from dementia or Alzheimer’s are especially vulnerable.

The poor or those who have been victims of other trauma are also more likely to be victimized.

You should be especially vigilant to protect these individuals.

Reference: Dayton Daily News (September 29, 2018) “This new law means many more Ohio officials are watching out for elder abuse. Here’s why it was passed.”