« What Role does Life Insurance Play in My Estate Plan? | Main | How are Death Taxes Calculated? »

What do We Know About the Paul Allen Estate?

Some estate plans are impenetrable.

Estate planning is important for anyone.

It is especially important, if you have an extremely large fortune.

Fools with fortunes do nothing.

According to a recent Wealth Advisor article titled “Paul Allen Had A $20 Billion Estate Plan (The IRS Can't Touch),” Paul Allen was no such fool. 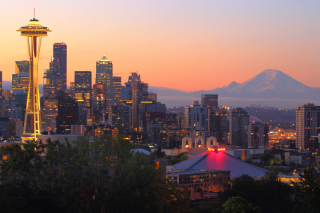 Paul Allen was a successful businessman by any measure.

He co-founded Microsoft with Bill Gates in 1975.

He was diagnosed with lymph node cancer.

Throughout the rest of his life, he dove headfirst into a variety or interests and causes.

He also used this time to create a plan to secure his wealth.

What did he do?

Through subsidiaries of Vulcan, Allen ran his investments, high-tech toy collections, sport teams, and his charities.

He invested in the community of Seattle through his business.

Vulcan was, in a sense, a very sophisticated family business.

It was an atypical one though.

There was no separation between the interests and principal for his family and the day-o-day operations of the office.

There is little to no separation between his corporate and business estate.

With his passing, the company will run the same as it did while he was alive.

Did he have family?

He was never married.

He had one sister and her children.

They were the closest family he had.

His sister works on the foundation side of Vulcan.

She never owned a part of the company.

This is inconclusive at this time.

They will likely find welcome work at Vulcan.

Because he planned ahead, his business will run as usual.

Posted by Kyle Krull on 11/12/2018 at 10:00 AM in Business Succession, Celebrity Estates, Estate Planning | Permalink