« What Should Parents Know About Estate Planning? | Main | When Should I Retire? »

What do Most People Fear about Dying?

Death is a frightening fact for many.

No one really wants to think about death.

They especially do not want to imagine their own deaths.

Dying peacefully is what most people hope for in the end.

In fact, none other than Woody Allen weighed in on this subject when he quipped: "I'm not afraid of death; I just don't want to be there when it happens."

According to a recent Financial Advisor article titled “Dementia, Pain Biggest Client Fears About Dying, Survey Says,” some aspects of death are more scary than others.

A recent survey of about 3,000 U.S. citizens found striking similarities in fears. 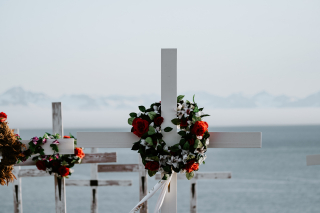 About 34 percent believed dying with dementia would be the most terrifying fate.

Dying in pain was the greatest fear for 32 percent of the survey population.

Only 7 percent feared dying in debt.

When it comes to fears it is often more comfortable to ignore them.

Unfortunately, this leads to some rather sobering estate planning statistics.

Did you know nearly 50 percent of U.S. residents over age 55 do not have even a last will and testament?

In fact, only 18 percent have these three key estate planning components – a will, a health care directive, and a durable power of attorney.

Do not let your fears keep you from planning your legacy.

Most people believe end-of-life discussions should be initiated by the parents.

If you are a parent, do not expect your child to bring up the topic.

Your legacy is your responsibility.

Leaving wealth to your heirs may not be the most important goal for you.

You may want to be remembered for cherished memories, your marriage, your family, your work, or your passions.

In the survey, most people defined a well-lived life by having close relationships and impacting society positively.

Planning is an important part of leaving a lasting legacy.

Do not let your fears dictate your actions.

Be intentional to leave your loved ones with your affairs in order.