« Why Should I Review My Current Estate Plan? | Main | What is the Difference Between a Quitclaim Deed and a Warranty Deed? »

Will the Family of Charles Manson Make Money on a Movie Song?

Money could be going to the Manson family.

Quentin Tarantino finds success after success in his films.

His most recent Once Upon a Time…In Hollywood with its all-star cast is no different.

According to a recent Wealth Advisor article titled “Charles Manson’s grandson can profit off of Once Upon a Time…In Hollywood,” the success of this movie about the Manson murders could have undesired consequences. 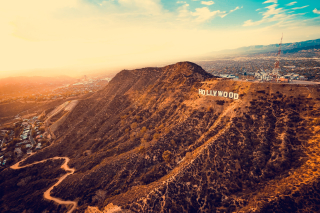 The movie includes a song titled “Look at Your Game, Girl.”

The song was written by Charles Manson.

Tarantino used the song because he believed royalties would be paid to families of the murder victims.

Guns N’ Roses had recorded this same song in 1993.

When the album went platinum, a settlement with the victims was arranged.

Now, this may not be the case.

Apparently, this judgement was not extended.

What is the result?

Any music licensing feed, royalties, or profits will likely go to the grandson of Charles Manson.

This not what Tarantino had hoped.

Reference: Wealth Advisor (August 27, 2019) “Charles Manson’s grandson can profit off of Once Upon a Time…In Hollywood”