Do Not Cheat the State out of its Escheat Rights!

Did that title confuse you? Translation: When someone dies without any heirs and has no estate plan passing their property to charities or non-family members, then their home state government is the "default" heir. Accordingly, the propery "escheats" to the state. 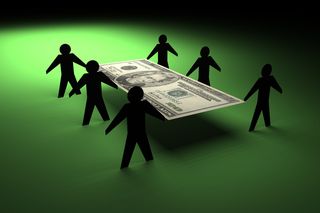 A recent article in New York Daily News, titled "Band of 6 crooks concoct elaborate plot to steal dead woman's house, car: police," recounts the tale of six men who plotted to cheat the state of Pennsylvania out of its escheat rights from the estate of an heirless woman named Dorothy Kennedy who died in 2010.

Kennedy lived in Philidelphia when she died. While her estate should have become government property under Pennsylvania law, Kennedy's neighbor had other plans.

So, what did he do? The neighbor enlisted his attorney to assist him! [Now, while I always counsel you to consult with your estate planning attorney, this is an exception to my rule.]

First, they arranged for the neighber to be appointed administator of the estate. Second, they even forged documents to make it appear as if the neighbor had cared for Kennedy. Third, they arranged for two funeral directors to submit a false funeral bill. Finally, a realtor and a car salesman were enlisted to fraudulently transfer the house and car to the neighbor.

The scheme was foiled.

Philadelphia police recently learned of the plot and all six perps have been charged.

Obviously this story is more of a one off and not likely to happen to anyone. Interestingly, if Kennedy had an estate plan, this odd plot likely would never have been hatched. She could have decided who was to receive her property, to include the State of Pennsylvania!