Are "Stretch" IRAs in Jeopardy?

The Secure Act may change how people plan with IRAs.

The Secure Act bill passed the House vote and is now in the Senate.

What is the Secure Act?

It stands for “Setting Every Community Up for Retirement Enhancement Act of 2019.”

According to a recent Kiplinger article titled “Secure Act Calls for Changes to IRAs, RMDs,” the act will impact IRA planning. 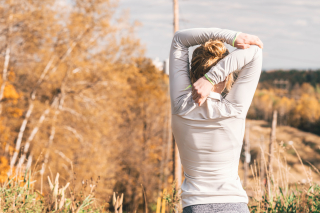 It repeals the age cap.

Currently, individuals can no longer make contributions to a traditional IRA after age 70½.

The new cap removes this limit.

What does this do?

It allows people to continue saving in their traditional IRA in much the same way as they are currently able to save at later ages into a Roth IRA.

How much can be contributed?

If your spouse is retired, you can also make contributions into an account on their behalf.

It increases the RMD age.

Currently, the age at which people must make required minimum distributions is 70½.

With the new bill, it would increase to age 72.

How does this help?

If you are able to cover expenses without tapping in to your IRA, you will not need to do so.

It negates the “Stretch IRA.”

While the new laws benefit the account owners and spouses, it does little to help non-spouse beneficiaries.

The heirs will no longer be able to stretch RMDs from IRAs they inherit.

The RMDs will not be calculated based on the life expectancy of the heir.

Rather, all funds must be withdrawn within 10 years, subject to limited exceptions.

These larger RMDS will trigger a greater income tax bill for beneficiaries.

With these changes, you may want to review and update your estate plan.

Work with your experienced estate planning attorney to create a plan to satisfy your goals and the new laws.

Is Congress on the Warpath Against "Stretch IRAs"?

Unless you have been living under a rock, chances are you have heard of an IRA or individual retirement account.

This is a fundamental financial tool when it comes to saving for retirement.

IRAs have been useful in leaving an inheritance to family members, as well.

With strategic planning, you could make this inheritance last for years long after you are gone.

This may be changing.

According to a recent CNBC article “Congress may gut the 'stretch IRA' that wealthy people love,” the House Ways and Means Committee of Congress passed the Secure Act.

It sounds good, but what does the Secure Act actually accomplish?

On the upside, it requires employers who provide 401k plans to include long-term part-time employees.

Through the plan, small companies would receive a $500 tax credit for starting retirement plans with automatic enrollment.

Now for the downside.

The Secure Act also includes a rule requiring non-spouse beneficiaries to drain all money from the account within 10 years of the death of the original owner.

With a Stretch IRA under current law, a designated beneficiary may take required minimum distributions (RMDs) from the account based on his or her own life expectancy.

With the new rule law, the inherited IRA will need to be drained much more quickly.

This can create a significant tax liability for your designated beneficiaries.

There are a few exceptions to the new rule for beneficiaries who are disabled, those fewer than ten years younger than the decedent, and minor children.

If this new law upsets your current strategy, do not fear.

Fortunately, there are other options when it comes to estate planning with an IRA.

One such option is through use of a charitable remainder trust.

Do not navigate legislative changes alone.

Work with an experienced estate planning attorney to help create a plan to meet your needs while satisfying the laws of the land.

How do I Avoid "Inherited IRA" Gotchas?

IRAs can be a great estate planning tool.

Do you have an IRA?

If you are engaged in retirement planning, then you likely do.

What if you die with money still in this account?

According to a recent Investopedia article titled “Inherited IRA and 401(k) Rules Explained,” what happens will depend on who you want to inherit and whether you worked with an experienced estate planning attorney. 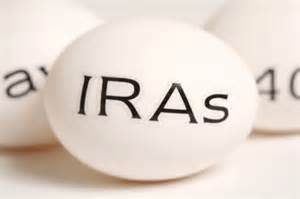 There are very complex rules to follow to keep more money for your beneficiary and less for the IRS.

What if you leave your IRA to your spouse?

The IRA can be treated as his or her own.

The spouse will take the appropriate required minimum distributions upon reaching age 70½.

What if you leave it to a non-spouse?

If done right, this individual could stretch the IRA over his life expectancy and allow it to grow tax-deferred between distributions.

The beneficiary could accidentally trigger taxable events if he or she is uneducated about the rules.

What are some of these rules?

A non-spouse can "disclaim" his interest in all or part of the IRA funds to other eligible beneficiaries.

He or she could also choose to open an inherited IRA account.

The inherited IRA must remain separate.

You cannot combine it with your currently existing IRA.

Still, you can control and name beneficiaries for the account you inherit.

This is merely a brief overview.

To create a plan to fit your needs and goals, work with an experienced estate planning attorney.

So, how do you find an "experienced" estate planning attorney?

First, ask around. Friends, family and other professional advisors are trustworthy sources.

Third, either way, verify! Check out the education, experience, ratings and client reviews of any attorney before you contact him or her.

Two helpful online resources are just a mouse click away to assist with your due diligence:  Avvo.com and Lawyers.com.

In fact, I use both of these services to thoroughly vett attorneys before referring members of our "client" family for legal help in other areas of law or for matters in jurisdictions outside Kansas or Missouri.

At some point, you will want to take control of your retirement planning.

Chances are you do not have a pension coming when you retire.

This form of retirement income—although not extinct—is a thing of the past.

Instead, businesses use 401(k)s to help their employees prepare for retirement, according to a recent Kiplinger article titled “Why Wait Until You Retire to Take Control of Your 401(k)?” 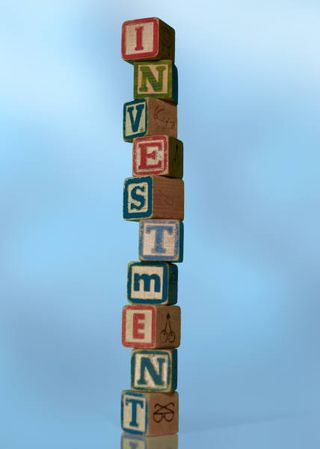 They often include an employer match.

If you contribute to your 401(k), your employer will match up to a certain predetermined point.

But they are not perfect.

When you are younger, risk is less of an issue.

You have time on your side.

What about when you are older?

When you are in your 50s and 60s, you are nearing retirement and negative hits to your investments are costly.

You will want to take a look at your money and begin eliminating risk.

This process is called an in-service rollover.

You will owe a few small fees.

Are there income limitations?

Anyone can do this.

Why specifically could it be a good idea?

You do have more control and more investment options.

This can allow you to create a plan to optimize your money in retirement.

Also, you could create a stretch or multi-generational IRA.

Why could this be good?

Your beneficiaries could receive payout over their life expectancies and decrease their tax burden.

The federal government must be needing more money. And a lot of it. Consequently, it is targeting those who are yet "taxpayers" (a shrinking pool, by the way), to include retirees and those who may receive an inheritance from those retirees.

Hint: Anytime you hear something called a "loophole" by any elected official ... grab your wallet.

It seems three areas are presently under "scrutiny" by the authorities:

This was the subject of a recent Reuters article titled “3 Retirement Loopholes That Are Likely to Close.”

Spoiler alert: Here is what you need to know from the original article. 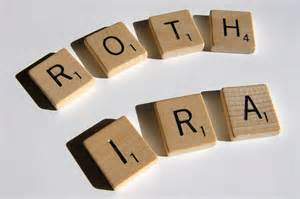 As a result, those whose incomes are too high to put after-tax money directly into a Roth IRA so it can grow tax-free, instead are able to fund a traditional IRA with a non-deductible contribution then convert it to a Roth.

Taxes are usually expected in a Roth conversion, but this work-around does not trigger much liability as long as the contributor does not have other money in an IRA.

The Obama 2016 budget proposed that future Roth conversions be limited to pre-tax money only.

The Stretch IRA. People who inherit an IRA can chose to take distributions over their lifetimes, and families converting IRAs to Roths also can potentially provide tax-free income to their heirs for decades because Roth withdrawals are generally not taxed.

Most of the recent tax-related bills introduced in Congress contain a provision to kill the stretch IRA and replace it with a law requiring beneficiaries other than spouses to withdraw the money within five years.

Anyone thinking about a Roth conversion for the benefit of his or her heirs should speak with an experienced estate planning attorney and decided if this strategy makes sense if those heirs have to withdraw the money within five years.

These tactics can let upper-income beneficiaries maneuver the timing of the collection of Social Security benefits to maximize their delayed retirement credits.

While Obama failed to identify which strategies he is eyeing, the original article cites experts who believe he may be alluding to the so-called “file and suspend” and “claim now, claim more later” techniques.

Married people can now claim a benefit based on their own work record or a spousal benefit of up to 50% of their partner’s benefit.

Under the law, dual-earner couples may be able to do both.

Those individuals who choose a spousal benefit at full retirement age (age 66) are now able to switch to their own benefit when that maxes out at age 70.

This is the “claim now, claim more later” technique—it can up a couple’s lifetime Social Security payout by tens of thousands of dollars, according to the original article.

This trick is used typically when one member of a couple has to file for retirement benefits for the other partner to get a spousal benefit.

A person who reaches full retirement age also has the option of applying for Social Security—then immediately suspending that application so the benefit continues to grow—with their spouse still claiming a spousal benefit.

Talk to your estate planning attorney along with your financial advisor about retirement options and strategies as we move into 2016.

It should prove to be an interesting year.

*Just kidding about Congress naming the Roth IRA after David Lee Roth. But, hey, we could use a little levity when the topic turns to taxes, yes?

Reference: Reuters (June 30, 2015) “3 Retirement Loopholes That Are Likely to Close”